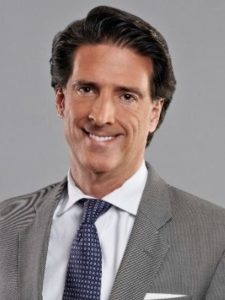 Mauricio Ramos joined Millicom in April 2015 as Chief Executive Officer (CEO) and was elected as an Executive Director of the Millicom Board in June 2020. Since joining Millicom he has pioneered a variety of initiatives, most notably transforming the company into a fixed internet and mobile business with a strong focus on Latin America. Under his leadership, Millicom solidified its company purpose “to build the digital highways that connect people, improve lives, and develop communities,” and a strong corporate culture described by its more than 21,000 employees as ‘Sangre Tigo”, leading to the company-wide acknowledgements as one of the Top 25 Best Multinational Workplaces in Latin America in the Great Place to Work (GPTW) survey.

Expanding Millicom’s presence across Latin America, he led the Cable Onda acquisition in Panama, kicking-off company presence in Panama in 2018, as well as the acquisition of Telefonica subsidiaries in Panama and Nicaragua in 2019. He also led the company to begin trading on the NASDAQ Stock Market in the US under the ticker symbol TIGO complementing the listing on NASDAQ Stockholm. Mauricio is an active member of various boards of directors of corporations, educational institutions, and business associations. He is a member of the Board of Directors of Charter Communications (U.S.) since joining in 2016. In 2021 he was elected as Chair of the U.S. Chamber’s U.S. Colombia Business Council (USCBC). The USCBC is the premier business organization dedicated to strengthening the economic and commercial relationship between the United States and Colombia.

Among his other non-executive roles, in 2021 he also joined the Broadband Commission for Sustainable Development as a Commissioner and the INCAE business school Presidential Advisory Council. He is also the Chair of the Digital Communications Industry Community of the World Economic Forum. From 2017-2019 he sat on the GSMA Board of Directors. He has also served as Director of the Biennal of the Americas from 2012 to 2015, Director of Columbus Networks from 2013 to 2014, and Director of the American Chamber of Commerce in Chile from 2007-2011, among various other roles.

Before joining Millicom, he was President of Liberty Global’s Latin American division, a position he held from 2006 until February 2015. During his career at Liberty Global, Mauricio held several leadership roles, including positions as Chairman and CEO of VTR in Chile, Chief Financial Officer of Liberty’s Latin American division, and President of Liberty Puerto Rico. He is a dual Colombian and U.S. citizen who received a degree in Economics, a degree in Law, and a postgraduate degree in Financial Law from Universidad de Los Andes in Bogota.