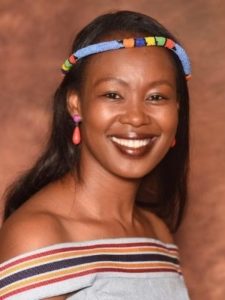 Ms Stella Ndabeni-Abrahams is the Minister of Communications, responsible for executive oversight over the Departments of Telecommunications and Postal Services (DTPS) and Communications (DoC).

The Minister is well versed on issues pertaining to ICT convergence and digital transformation, understanding that for South Africa to appropriately position itself for the Fourth Industrial Revolution (4IR), skills development and capacity building for the youth, entrepreneurs, government employees and citizens must be at the helm of all interventions.

To this end, the Minister has been at the forefront of “Building a Capable 4IR Army.” As the then Deputy Minister of Telecommunications and Postal Services, she led the launch of the 4IR Skills Forum, an initiative that seeks to harmonise efforts of all stakeholders in the sector towards building a capable 4IR army. This is done through in-school and post-school training, SMME development, infrastructure deployment and innovation initiatives.

Minister Ndabeni-Abrahams also catapulted the use of technology in schools based in rural and peri-urban areas. She played a pivotal role that resulted in the 2013 amendment of mobile operators’ license obligations by communications regulator, ICASA, thus ensuring that at least 4500 rural schools receive cyber labs equipped with laptops/tablets, 24-month internet connectivity, educational software and printing facilities. This was in addition to the 1500 schools connected as a 2010 World Cup Legacy.

The Minister has recently been at the forefront of advocating for an increased focus on languages and iSTEAM at primary and high school level, asserting that this will provide a well-rounded educational programme that positions learners to aptly reap the opportunities presented by 4IR.

As a community builder, Minister Ndabeni-Abrahams is a firm believer that the human element is intrinsic to technological innovation. Therefore, in addition to the capacity building programme, the Minister has been deliberate in ensuring that the most vulnerable in communities are educated around the threats that exist in cyberspace. In this respect, the Minister is leading the DTPS cybersecurity and awareness programme.